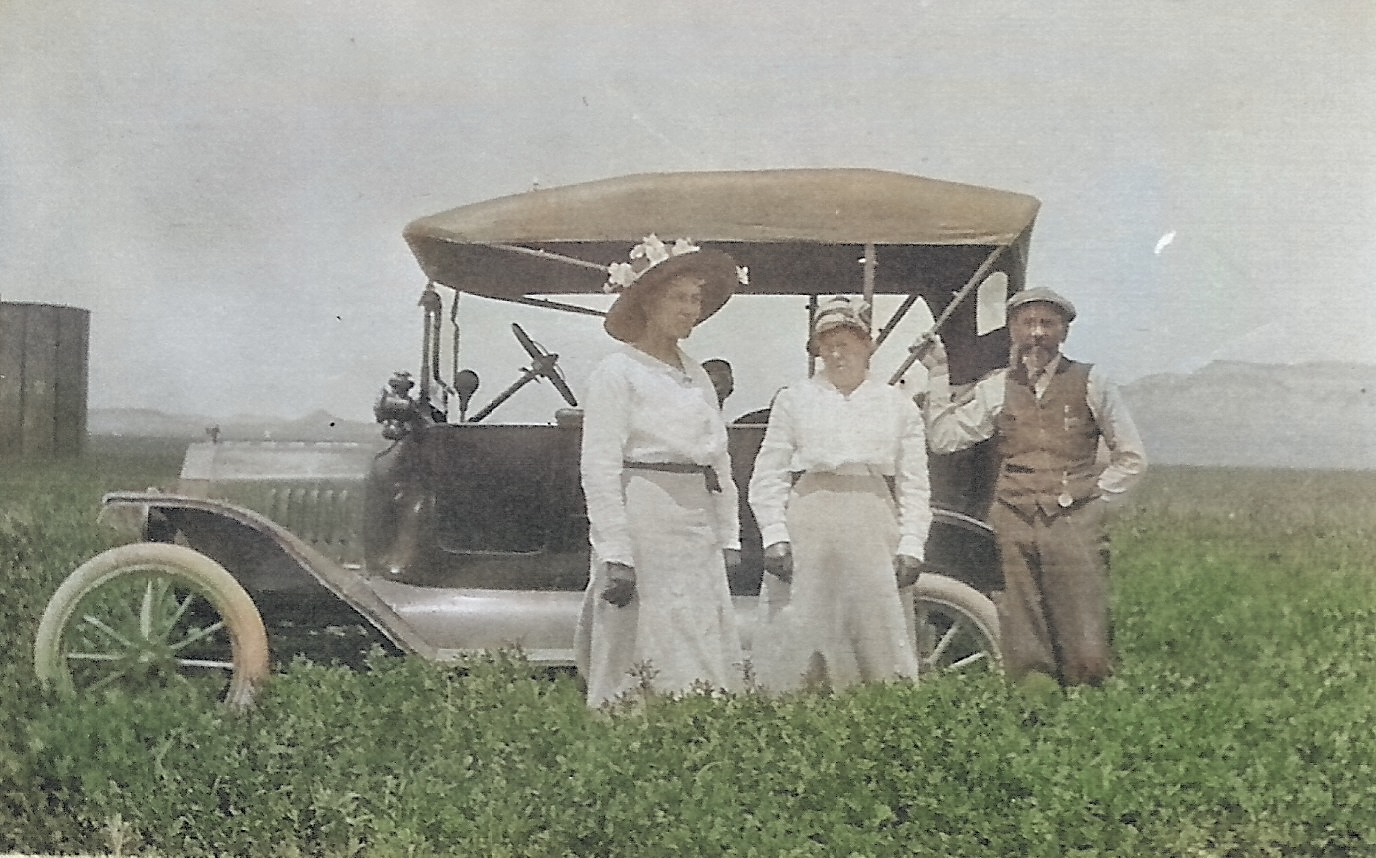 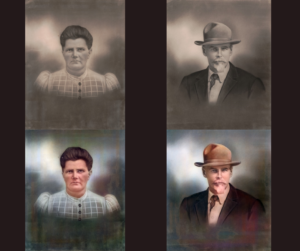 Portraits of Mr. and Mrs. Hagberry colorized. These portraits were donated to the Museums last year.

The Meeteetse Museums VIP members can now send scans of their personal black and white photographs to Museum staff to be colorized, but how does that process work?

Colorization of black and white photographs and films was originally done by hand. Dyes were painted into the film emulsion. The painter knew what colors to use based on guess work and accounts from people involved in the film. Magnifying glasses and fine brushes—sometimes just a single camel hair—were originally used in colorizing.

I did the coloring for all of M. Méliès’s films (…). That type of coloring was entirely done by hand. I employed two hundred and twenty women in my workshop. I spent my nights selecting and sampling the colors, and during the day, my workers applied the color according to my instructions. Each specialized worker applied only one color, and there were often more than twenty colors to apply on one film. We used very fine aniline dyes. They were then successively dissolved in water and alcohol. The tone obtained was transparent and luminous. The false tints were not neglected. (…) M. Dufayel was my last client. He always demanded that the films be hand-colored. The cost was higher, six to seven thousand Francs per copy, for a 300-meter film, and that was before the war. We made an average of sixty copies for each film. So, hand-coloring was a fairly heavy burden on producers’ budgets. (Mazeline 4)

Producers paid the high cost of colorizing their film because it modernized their film, making it more appealing to the general public. However, hand painting soon fell out of favor because of the tedious nature of the work and high cost. Hand painting was replaced by stencils in 1903.

A stencil was cut for each color, usually ranging from three to six, in each frame of the film. So one frame may have up to three stencils that would create the colorized version. This method’s efficiency improved as the cutting machine replaced hand cutting. This technique was used into the late 1920s.

For a complete and very in-depth timeline on the history of colorization visit this link: https://filmcolors.org/timeline-of-historical-film-colors/

Today, computers are used to colorize black and white images. Computer programs have been trained to sense variations in gray scale and light. Based on this information, the program builds a statistical model to determine which color was most likely. If two colors are equally likely, the program chooses something in the middle. This means that the resulting colors are not as vibrant as they would have been in real life or if the photograph was originally a colorized image. You can see this in this example of a color photograph turned into a black and white image and then turned back into a color image.

Photograph from the Museums’ outdoor concert in 2019 in it’s original color, black and white, and then re-colorized.

Choosing a mid-color can have serious implications on our interpretations of historic images and perception of history. Many times, the colors are not exactly as they were in life. While the overall category, for example, the red lettering on these baseball uniforms, may be correct, the exact shade can be wrong. Can you think of instances where this could be especially problematic? Let us know in the comments! 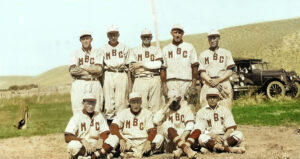 Colorized photograph of the Meeteetse Baseball Club on Labor Day.