After the Civil War, rapid changes were occurring in the United States. As the era of ranching grew in the West, the era of corporations took hold in the East. It would have immense impacts for the business of ranching.

Ranching prior to the Civil War was dominated by long and dusty cattle drives similar to those depicted in many a gritty Western film. While the Civil War’s end did not herald the end of the long cattle drive, the completion of the transcontinental railroad did. Instead of driving herds of cattle across the open plains to the nearest meat market, cattlemen could drive them to the nearest railroad spur where the cattle would be shipped by railcar. It was faster and cattle would not lose weight as they did during the long cattle drives.

Located halfway between the main cattle producers in the West and the demand of markets in the East, Chicago and Omaha began to take control of the meat market. The two cities controlled prices, sometimes making life difficult for cattlemen.

At the same time, the end of the Civil War caused a flood of settlement in the West. Settlers could travel most of the way, if not all of the way, West on railcar. Then, they could stake a claim under the Homestead Act of 1862.

With increased settlement came the loss of the open range. Settlers began fencing cattle off their claims using barbed wire which became available in 1867. As more and more land was fenced off, the open range began to disappear.

The combination of land loss, changes in the meat market, and the already thin margins of ranching caused some ranchers to combine forces. They would create corporations, sometimes known as pools, to reduce the financial risk of ranching. The list in Meeteetse alone is extensive: Sayles Sheep Company, Grey Bull Cattle Company (also known as the Grey Bull Corporation or Pool), Spring Creek Sheep Ranch Company, Sunshine Basin Sheep Company, and the Wilson Cattle Company, among others.

Sayles Sheep Company sign in the Museums Collection which hangs on the side of the Forest Service cabin.

Ranchers would invest in the corporation with a predetermined amount. For example, in 1920, the Grey Bull Corporation consisted of a maximum of 2500 shares with each share costing $100. Only 67 shares were issued and in 1924, the heirs of L.G. Phelps had the majority interest with 21 shares. W.R. Coe was not far behind with 20 shares followed by A.A. Anderson and Henry Sayles who each had five shares. Other members include Frances Phelps Belden, Charles Belden, Eugene Phelps (all of which were L.G. Phelps’ heirs but also had their own shares) C.O. March, and Edward V. Robertson. Even if the corporation failed, the investors would only lose their initial investment. 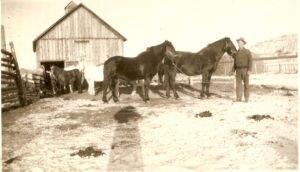 Horses outside the barn at the Joe Wolf ranch. Wolf was hired by A.A. Anderson when he first came to Wyoming and was a prominent freighter in the area.

Thus protected, ranchers were able to maximize their profit while contributing to local economic growth. The companies hired managers, employees, freighters, and more. For example, in 1924, the Grey Bull Corporation brought Mr. and Mrs. Ray Wilds from Billings to Meeteetse to work for the company. Others employed by the corporation include Henry Sayles (also a shareholder), Tony Rubio, Elmer Oas, Wallace Loue, Ned Sayles, Earl Lindquist, and Joe Wolf among others.

The “Corporate Era” lasted from the 1860s until the 1930s, a time span loosely reflected in one of Meeteetse’s livestock corporations: the Wilson Cattle Company. The Company was formed on April 19, 1888 in Missouri. That same day, The Weekly Boomerang, published a notice that, “S.A. Wilson & Co. have merged into a stock company with articles of incorporation under the laws of Missouri, with capital placed at $60,000.”

S.A. Wilson, an experienced lawman who had served as deputy clerk in the criminal court and would later serve as the jailer and then Deputy County Marshal in Kansas City, Missouri, was one of the men present when Victor Arland was shot in Red Lodge in 1890. Together with John Dyer, Wilson insisted the authorities arrest William Landon. 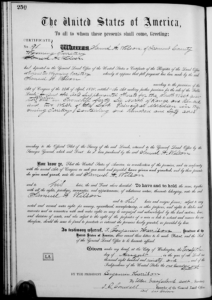 Samuel A. Wilson patent for the W Bar Ranch which would be owned and operated by shareholders of the Wilson Cattle Company for the next forty-seven years.

On August 12, 1891, Samuel Wilson was issued the claim on his homestead up the Wood River near the future townsite of Meeteetse. The Kansas City Times published an article on S.A. Wilson in December 1900, mentioning his time in Wyoming, “He was foreman of the Wilson Cattle company for eight years.” S.A. Wilson was appointed head jailer in Kansas City, Missouri in 1895, leaving behind his ranching days.

According to Ralph Larsen, when the Hagberry family arrived in the valley in 1894, the house was vacant and occupied by cattle. Larsen also said that Sam Wilson and his wife came back to the ranch in 1900 and repaired the roof, something confirmed by The Wyoming Dispatch. As Samuel A. Wilson was known locally as “Lum” Wilson, the “Sam” Ralph referred to was Samuel T. Wilson and his wife, Nannie. Samuel and Nannie lived on the Wood River from about 1905 until 1910 when he sold the ranch.

In 1910, William “Tex” Abston bought the W Bar Ranch. Although at first glance, William does not seem to be related to the Wilson family, he was the nephew of Charles E. Wilson, Samuel T. Wilson’s brother . 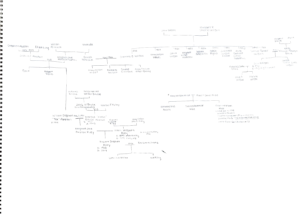 William Abston was the nephew of Charles E. Wilson. Wilson was the brother of Samuel T. Wilson who owned the ranch until 1910 with his wife, Nannie.

While its not clear how Samuel A. Wilson was related to the family, he appears in a 1897 suit with Samuel T. Wilson and Charles E. Wilson. It should also be noted that the family is not related to the other Wilson family in Meeteetse whose matriarch was Margaret Wilson, first postmistress. 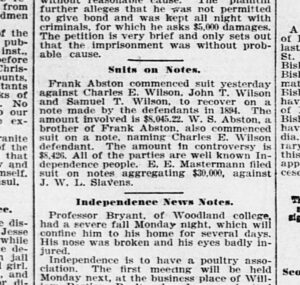 This newspaper clipping from the Kansas City Journal published on February 17, 1897 confirms some type of relationship between Samuel A. Wilson and the Wilson brothers (Charles E. and Samuel T.). The likeness in first name (i.e. Samuel) could also suggest a common family name. 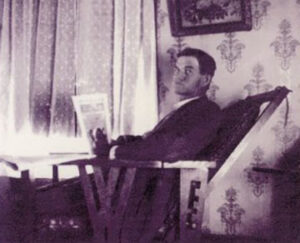 Photograph of William S. “Tex” Abston who briefly owned the W Bar Ranch before his death in 1914. After his death, his wife “Mattie” continued to own and operate the ranch.

Abston first came to the W Bar ranch in 1884 at the age of 14 when he served as a cow-punch with “Lum” and Sam Wilson. He returned to Missouri in 1893 where he farmed until 1910 when he bought the W Bar Ranch. Unfortunately, Abston died prematurely in 1914 of tuberculosis. Upon the time of Abston’s death, his wife, Martha “Mattie” C. Abston inherited the estate and arranged for Tom Fulkner to manage the ranch. Noah Riley (William’s son-in-law) leased the ranch in 1926.

Martha sold the ranch to Bill Nelson in 1938 – 1939. Coincidentally, or perhaps not, this is the same year that the Wilson Cattle Company was dissolved. Since the W Bar Ranch was owned by members of the same family from its creation until 1938 when it was sold to Bill Nelson, it is likely the Wilson Cattle Company continued to be involved in the ranch during that time.

The stock market crash of 1929 was a contributing factor to the end of the corporate era as many members of the public saw big business as the cause of the economic turmoil. Many of the Meeteetse corporations end about this time as well. For example, Grey Bull Corporation’s articles of incorporation were revoked on August 14, 1933.

Public perception of corporations would rebound after World War II, when new policies would more closely regulate the actions of corporations. While it was the end of an era, ranching continued to be the primary industry in the area despite a national trend of people leaving rural areas and moving from ranching and agriculture to other fields of employment.