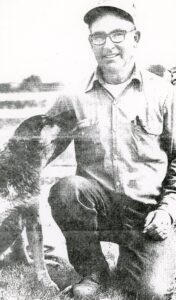 In 1981 the black-footed ferret was rediscovered on the banks of the Greybull River here in Meeteetse, Wyoming. Shortly after rediscovery, the ferret population was struggling due to canine distemper and sylvatic plague. The remaining eighteen individuals were captured to start a captive breeding program. It was the last chance to save the species. You can learn more about the journey to capture Scarface, the sire of all black-footed ferrets in the captive breeding program, on our YouTube channel here: https://youtu.be/E7FgROkFbcg

Now, 40 years after the rediscovery, there is a new development in the story. At the end of 2020, the black-footed ferret became the first endangered species to be cloned. The result was Elizabeth Ann, a black-footed ferret with the genetic material that has been missing from the population for roughly 33 years. The cloning of Elizabeth Ann was a collaboration among partners including the Association of Zoos and Aquariums, San Diego Zoo Wildlife Alliance, Revive & Restore, U.S. Fish and Wildlife Service’s Black-Footed Ferret Recovery Implementation Team, and ViaGen Pets and Equine. 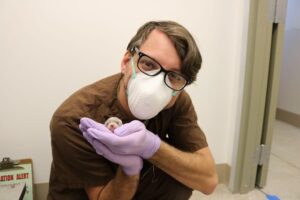 Cloning is a form of biotechnology which means that modern technology is used to alter biology. When an organism is cloned, its somatic cells are harvested and then cultured in vitro, which means outside of a living organism, usually in a petri dish or test tube. From these cultured cells, the nuclei are removed. These nuclei are placed into cells from a closely related species, in the case of Elizabeth Ann that species is a domestic ferret. The cells begin to divide, and the embryo is implanted into a surrogate maternal host. The first successful clone of any species was Dolly the sheep in the mid-1990s. Ryan Phelan, Co-Founder and Executive Director of Revive & Restore, states that the cloning of Elizabeth Ann, “took over 7 years of planning, fundraising, research, engagement, and the involvement of over 200 people to set this milestone in motion.”

The cloning of a black-footed ferret represents a historic landmark. Today, on average less than five percent of potential clones develop into living offspring. These factors, in addition to the fact that Elizabeth Ann is a member of the most endangered mammal in North America, makes her incredibly rare.

Elizabeth Ann’s genetic material comes from Willa. Willa’s living cells were frozen more than 30 years ago. Phelan says, “Willa has no living descendants in the black-footed ferret captive breeding program, which makes her clone, Elizabeth Ann, a big addition to the gene-pool, which until Elizabeth Ann had stemmed from just 7 ferrets captured alongside Willa from 1985-87 – the founders of the captive breeding program that went on to save the species from extinction. Although the species is recovering, that shallow gene pool is potentially threatening to the species’ long-term survival in a changing world. The ‘new blood’ brought to the population by Elizabeth Ann will help ensure their future. Having an 8th founder for the population is an unprecedented opportunity for recovery, and the team is very excited for her to breed and raise her first litter in spring 2022.” 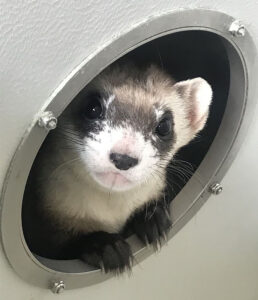 In the captive breeding program, the breeding of ferrets is carefully controlled to maximize the amount of genetic diversity in the population, but there’s only so much that can be done with a limited gene pool. Elizabeth’s Ann’s new genetic material could be pivotal in increasing the black-footed ferret’s resistance to diseases, which are currently the number one threat to the animals.

Shawn Walker, Chief Scientific Officer with ViaGen Pets and Equine, writes, “Being a part of the group involved in producing Elizabeth Ann has been one of the highlights of my career.  To see what is possible when such a diverse set of institutions come together with an open mind and a common goal is truly amazing.  Hopefully Elizabeth Ann is just one of many unique individuals we can bring back through the use of biotechnology to help create a healthy, self-sustaining population.”

While Elizabeth Ann is the first step toward a healthy and self-sustaining population, she is likely not the last. Cloning technology can be used in other species to increase genetic diversity, all working toward the goal of removing species from endangered lists one at a time. For a more detailed look at the cloning, watch this mini-documentary: https://youtu.be/z78rKFboR9E

You can find the details for the panel discussion here: https://meeteetsemuseums.org/event/ferret-day/

Register in advance for this webinar:

After registering, you will receive a confirmation email containing information about joining the webinar.