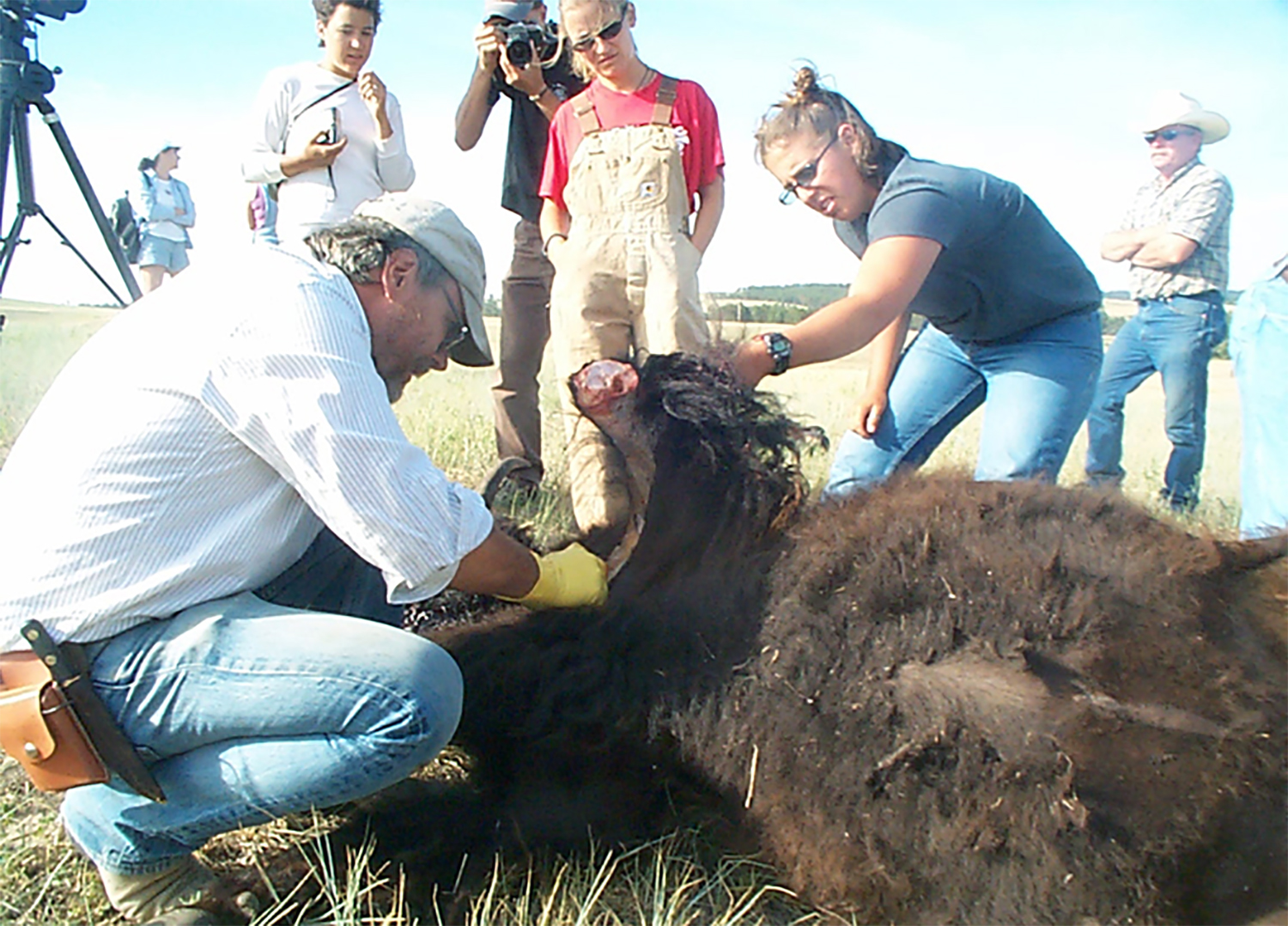 One of archaeology’s central goals is to make reliable interpretations about past conditions based on the traces that survive today. This is difficult and requires a tremendous amount of time and effort spent trying to develop, evaluate, and refine archaeological interpretive methods.  Finding artifacts and other clues from the past is the easy part – being able to apply well-researched methods to try to give meaning to the artifacts is the hard part, the part that puts the science into archaeological science. 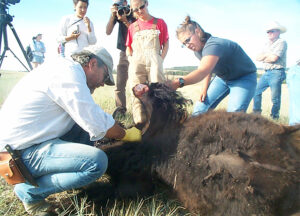 One way to work on improving interpretive methods is experimental archaeology, such as the bison butchery event being hosted by the Meeteetse Museums.  Before talking about the experimental part in more detail, it’s important to distinguish between experiential learning and experimental archaeology.  In the former, participants gain appreciation, skills, and impressions by doing something – like cutting up a dead animal with sharp rocks, or making a stone tool, or tanning a hide, or using an atlatl. It provides an opportunity for personal growth. In the later, data are collected that allow others to learn from and use the activity to work on building and tinkering with methods and interpretations. Done correctly, experimental archaeology is an important part of what’s known as middle range research  (Binford 1978, 1981) in archaeology; middle range in that it serves as the link between observations to interpretations, between what we see and record and the stories we tell about what happened. Experimental archaeology seeks growth in the field of archaeology, rather than just for the person doing the activity.

What sorts of data should be collected when doing experimental archaeology? Trick question. The data collected through experimental archaeology depend on the archaeological research problems you are trying to address.  Endless questions, data collection options abound.  Three of the research topics that the Meeteetse Museum butchery event seeks data for include: 1) expanding the number of bones with stone tool induced cutmarks produced during controlled butchery events; 2) evaluating models of stone tool cutmark accumulation on bison bones from a well-preserved prehistoric winter campsite from northwestern Wyoming, and 3) expanding our understanding of the relationships between bison diet, mobility, life history and the isotopic and trace element data preserved archaeologically.

Experimental archaeology is one of the ways we work to refine our abilities to make the highest fidelity interpretations of past events, actions, and processes possible. It helps develop methods and can provide control samples, it involves taking a lot more time and effort collecting information than you’d would be part of an experiential activity.  As with every methods-related study, experimental archaeology helps us have more reliable answers to what should be the basic question asked anytime you hear someone make a statement about what the past was like – “how do you know that?”

2021       Machine learning, bootstrapping, null models, and why we are still not 100% sure which bone surface modifications were made by crocodiles. Journal of Human Evolution:103071.